In conversation with Jeffrey Schultz 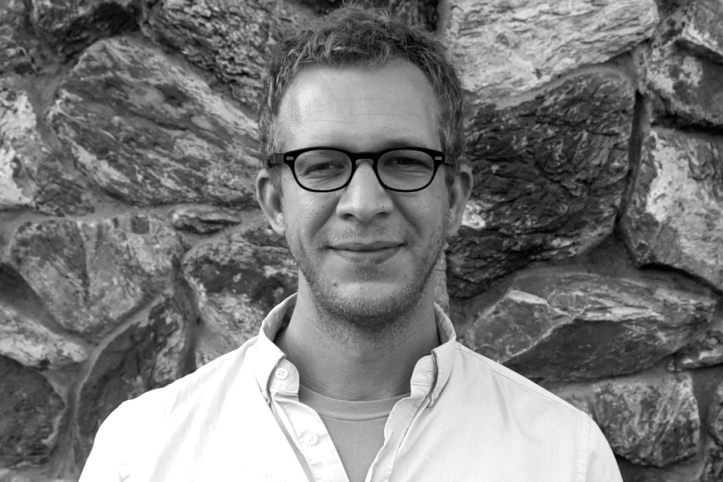 In selecting Jeffrey Schultz’s poetry collection What Ridiculous Things We Could Ask of Each Other for the National Poetry Series, poet Kevin Young said: “Schultz’s debut collection is filled with danger, omen, and fire. … [His] brilliant poetic debut embraces the world while lamenting it, a haunting hymn in the round.”

Interim director of the Creative Writing Program at Pepperdine University, Schultz’s poems have appeared in Boston Review, Indiana Review, Missouri Review, Prairie Schooner, Poetry, and elsewhere, and they have been featured on the PBS Newshour’s Art Beat and Poetry Daily. He received the “Discovery” / Boston Review Poetry Prize, and he is a Ruth Lilly Poetry Fellowship winner from The Poetry Foundation. He earned a BA in English from Fresno State and an MFA from the University of Oregon.

As part of the Spring 2015 Reading Series, presented by the Master of Fine Arts Program in Creative Writing and the Fresno Poets’ Association, Schultz will read Friday, March 6 at Fresno State. The free event will be in the Alice Peters Auditorium, inside the University Business Center, at 7 p.m.

In a phone interview (which included many asides about high school, local bands, and pets) MFA poetry student Ronald Dzerigian spoke with Schultz about what it’s like to be from Fresno and their mutual admiration for poets of the Central Valley. They also discussed Schultz’s debut collection, based on which poet Garrett Hongo calls Schultz to “a hard-boiled and noirish romantic, disciplined in craft, strophic in his thinking, and startlingly musical and inventive in his rhetoric.”

Ronald: So, you are currently living in Los Angeles, and a lot of your poems in this collection paint a vivid portrait of that cityscape. Do you find that location to be an important aspect of your work?

Jeffrey: I tend to write about whatever is going on in my life right at that moment. I’m not really working a lot from memory, so it tends to be very much what I saw that day walking the dog, or riding the bus or the train. Those images spark my imagination and I just start building poems around those day-to-day things. And usually it’s something pretty mundane that starts it. That day-to-day imagery is where my poems come from and that’s usually how they get put together.

Ronald: We see a very present doomed world in your poems that is accepted, from an observational standpoint, by the speaker. Urban decay, for example, is a strong theme in your collection. I definitely think that, in your poems, you are able to take the mundane and, without getting preachy, relay the problems you see your surroundings and yourself—common human issues as well as bigger ones—and through that observational lens, tell the reader that the one very real option we have is to accept.

Jeffrey: I am interested in that line. How close can I get to that line of judgment or preachiness without stepping over it? When language comes off as nasty, and not artful or poetic, it is because whatever judgment, that is in the poem, is directed in the wrong way or uses the wrong system of expression. One of the ways I think about it is that judgment is embedded in imagery. If you can just find the imagery that accurately captures the thing, then the reader can make the decision whether or not to place that judgment. Just being clear may be the best way to show judgment. Not like, “I know what we should do about this right now” because, obviously, I don’t. [Laughs.]

Ronald: And no one really does, right? There is a tool that you use in your work that allows you to look at the world and the human condition critically. This is also the tool that Ernesto Trejo used in his book Entering a Life that you appropriate and utilize in the way it was intended. To create a character—Ernesto’s “E” and your “J”—allows the speaker to express feelings about the world without the use of “I.”

Jeffrey: Yes! Once I got my copy of Ernesto’s book, which was hard to get, that voice stayed with me. That book is amazing in that he manages that voice as a way of stepping back and seeing things as someone else might see it. So many people have never heard of Ernesto and that is a travesty.

Ronald: Another element that I noticed in this collection is its soundtrack. Miles Davis, Otis Redding, Jackie Wilson, The Velvet Underground, and almost surprisingly, Isaac Brock of Modest Mouse, all play important parts in your book. The blues, too, runs throughout, especially in the two middle sections. One would think that bringing a more contemporary musician like Brock into the mix might make him stand out, but on the contrary, he doesn’t. You make him fit in. How do you do that?

Jeffrey: I’m happy you said that because no one’s really ever actually mentioned the fact that he is in there. I think it could seem awfully random that Modest Mouse is in the book.

Ronald: But what does that do? We rely on these more recognizable icons from the history of music because we know that they will connect with a larger audience, right?

Jeffrey: It becomes a sort of shorthand, in a way. Well, it risks becoming shorthand.

Ronald: Exactly. Then isn’t it a bigger risk to tie in contemporary culture? In a way, it’s more interesting to put Otis Redding and Isaac Brock in a poem and have them exist on the same plane. For instance, in the poem “These Arms of Mine,” we are inside the world of a reminiscent man, probably in his mid-30s, that happens to regularly listen to Otis Redding and Modest Mouse.

Jeffrey: I imagine every poet comes upon this problem at a certain time. We spend so much time trying to say a certain thing. We go through all the devices: metaphor, systems of figuration, or whatever. Not that we don’t get good material from that by working over and over at it—that’s a process that actually works for me—but there are definitely moments in the process where I could just say exactly what I want to say. We go through all this elaborate work and sometimes realize that in order to say this all I have to do is say that.

Ronald: These poems leap up toward a lyrical, conceptual and spiritual space and then bring the reader right back to earth, constantly grounding us in the concrete while saying bigger things. Your dog, and dog as a symbol of human weakness in your poems, is a great example of this. So, what writers, aside from Trejo, have influenced your writing?

Jeffrey: I’ve gone through different phases with different poets. Translated poets such as Neruda, Lorca, Vallejo, Alegria, Hikmet, and Alberti have been a big influence. I’ve studied the modernists. Right now, though, I’m trying to get to know the whole tradition more. Lately I’ve been really interested in Keats and, though I wasn’t interested in his work as an undergrad, I’ve been sort of going back to better understand how poetry got to be where it is.

The poet I started with, though, was James Wright. I think I saw one of his poems in my AP English class in high school. Up until that point, I had no interest in poetry whatsoever. I started looking through the Loeb Greek anthologies and also translated a lot of Catullus when I was taking Latin at Fresno State.

Also, while there, I was encouraged by my wife (who wasn’t my wife at the time) to take a creative writing class. We were in a band together and I was writing the lyrics and wasn’t comfortable with that. In fact, I probably wouldn’t have gotten introduced to this whole world of poetry if it weren’t for my wife, who I met in high school.

Ronald: Other poets from the Central Valley—Roberta Spear and Larry Levis—have won the National Poetry Series award. As a former Fresno resident, how does it feel to be in that arena?

Jeffrey: That’s a really hard question to answer. I feel like I learned so much from the poets in that first anthology Down at the Santa Fe Depot: 20 Fresno Poets. To think about going back to read in Fresno is the thing I always would have hoped would have happened. It is kind of amazing that it is happening. I just read up at the University of Oregon so essentially I’m having the opportunity to do two of these things in a row. This has been humbling, in the best way, and has also given me a sense of homecoming.